Have you been hacked? Here's how to secure your accounts in the future

Find out if your email has been breached

Interested to see whether your email, password and any other important credentials have been involved in any major data leaks? Use tools like HaveIBeenPwned  to see if your email address is involved in any data leaks. The largest data leaks have seen as many as 700,000,000 emails, passwords and more leaked in major hack attacks.

If your email shows up red, change your password immediately using the handy guide below. It’s not necessarily that your password was the reason for the breach, but the company’s security was flawed, changing your password should make the leaked details redundant. 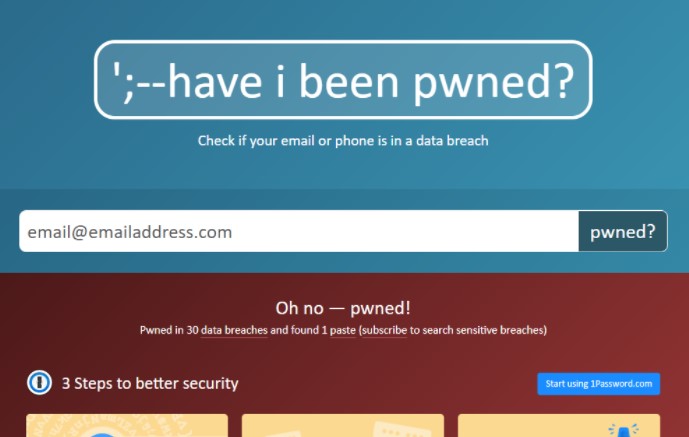 Everybody knows passwords, but do we all know about the intricacies and fragility of passwords?

‘ An estimated 81% of data breaches are due to poor password security.’

A chain is only as strong as its weakest link. In business, security almost always falls down to password protection, but what most of us don’t know is the capability of hacking programs that can brute force a password instantaneously if its simple enough. However, with this short guide you should learn to create passwords that would potentially take quadrillions of years to brute force! See below: 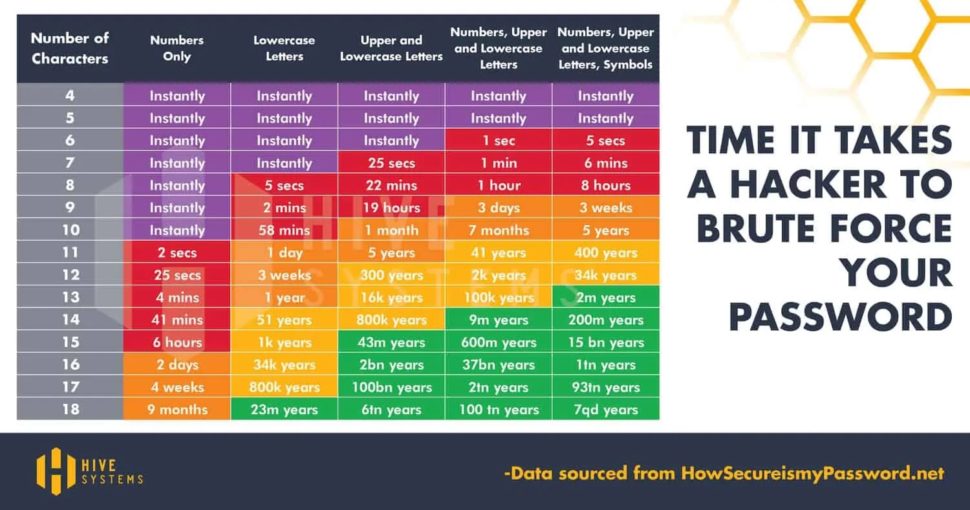 Brute forcing a password means having a computer program run through all possible combinations of characters, numbers and symbols to finally get your password correct.

On average it takes hackers 2 seconds to crack an 11 character password. To the uninitiated, a long password seems like the most secure option, but in reality you can have a shorter password with more complexity and it’ll be the better option.

However, 81% of data breaches are due to poor security, which suggests a majority of users aren’t considering password lengths or complexity.